Rosin, also called colophony or Greek pitch (Latin: pix græca), is a solid form of resin obtained from pines and some other plants, mostly conifers, produced by heating fresh liquid resin to vaporize the volatile liquid terpene components. It is semi-transparent and varies in color from yellow to black. At room temperature rosin is brittle, but it melts at stove-top temperature. It chiefly consists of various resin acids, especially abietic acid.[1] The term “colophony” comes from colophonia resina, Latin for “resin from Colophon”, an ancient Ionic city.

Flat drawn or machine drawn glass: In 1901-1902 the Belgian engineer Èmile Fourcault (1862-1919) and Èmile Gobbe developed a prototype for a machine for preparing cylinder glass in the family’s glass factory in Dempreny. The machine consisted of several large rollers that vertically drew the glass flat. The dimensions could reach 40 x 11 metres (about 130 x 36 feet). 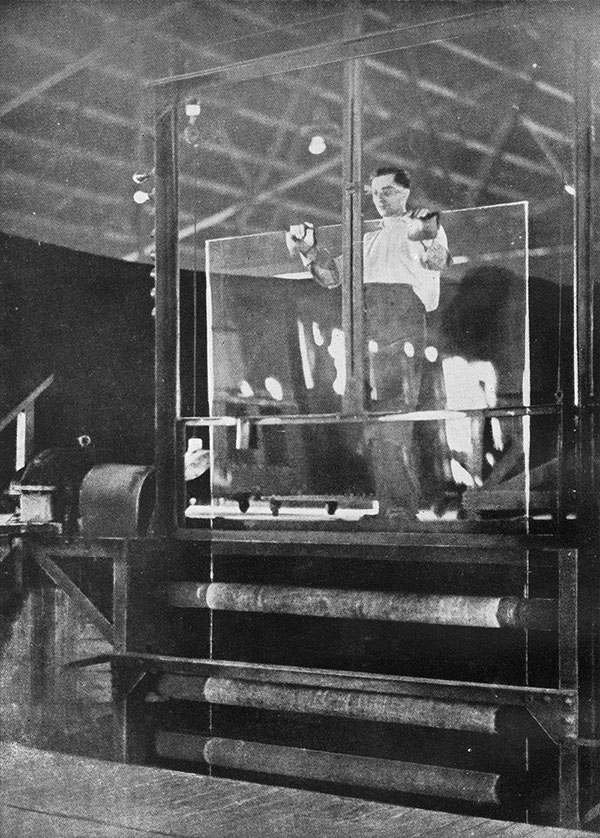 French chalk: a kind of steatite used for marking cloth and removing grease and, in powder form, as a dry lubricant.

Copal resin from Hymenaea verrucosa (Fabaceae) is found in East Africa and is used in incense. By the 18th century, Europeans found it to be a valuable ingredient in making a good wood varnish. It became widely used in the manufacture of furniture and carriages. It was also sometimes used as a picture varnish. By the late 19th and early 20th century varnish manufacturers in England and America were using it on train carriages, greatly swelling its demand.