Allemande (allemanda, almain(e), or alman(d), French: “German (dance)”) is a renaissance and baroque dance, and one of the most popular instrumental dance styles in baroque music, with notable examples by Couperin, Purcell, Bach and Handel. It is often the first movement of a baroque suite of dances, paired with a subsequent courante, though it is sometimes preceded by an introduction or prelude. 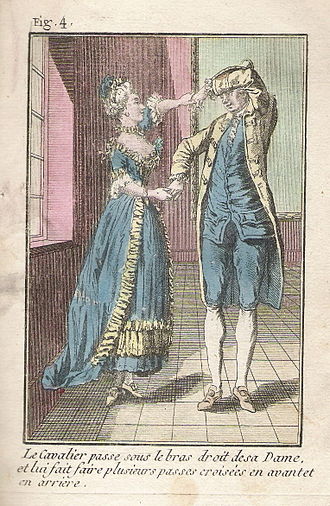 English: can be danced to (as in tune, rhythm etc) 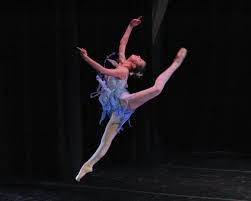 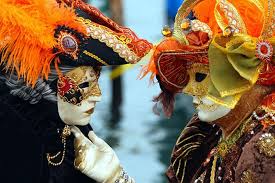 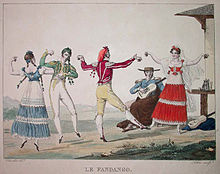 A type of folk dance.

a) Gallop, canter. b) galop (dance) – presumably of Hungarian origins.

National dance, where the dancer dress as either knights or peasants. Also known as kuntradanza.

A. To be made to dance. B. To be involved in something (usually unwittingly).

Can-Can: (or cancan as in the original French; ) is a high-energy, physically demanding dance that became a popular music hall dance in the 1840s, continuing in popularity in French cabaret to this day. Originally danced by both sexes, it is now traditionally associated with a chorus line of female dancers.The main features of the dance are the vigorous manipulation of skirts and petticoats, along with high kicks, splits, and cartwheels. 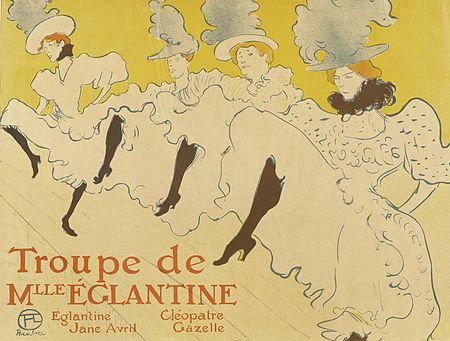 cotillion: (also cotillon or French country dance) a social dance, popular in 18th-century Europe and America. Originally for four couples in square formation, it was a courtly version of an English country dance, the forerunner of the quadrille and, in the United States, the square dance. 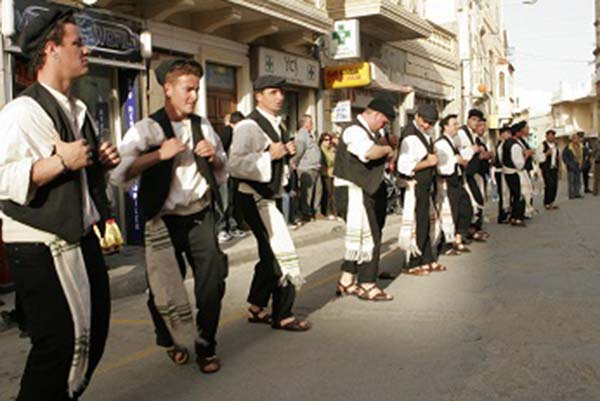 National dance, where the dancer dress as either knights or peasants. Also known as Il-Maltija.

quadrille: a dance that was fashionable in late 18th- and 19th-century Europe and its colonies. The quadrille consists of a chain of four to six contredanses, courtly versions of English country dances that had been taken up at the court of Louis XIV and spread across Europe. Latterly the quadrille was frequently danced to a medley of opera melodies. 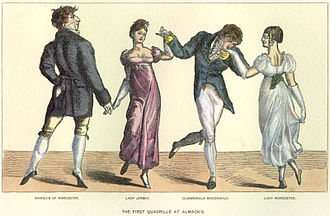